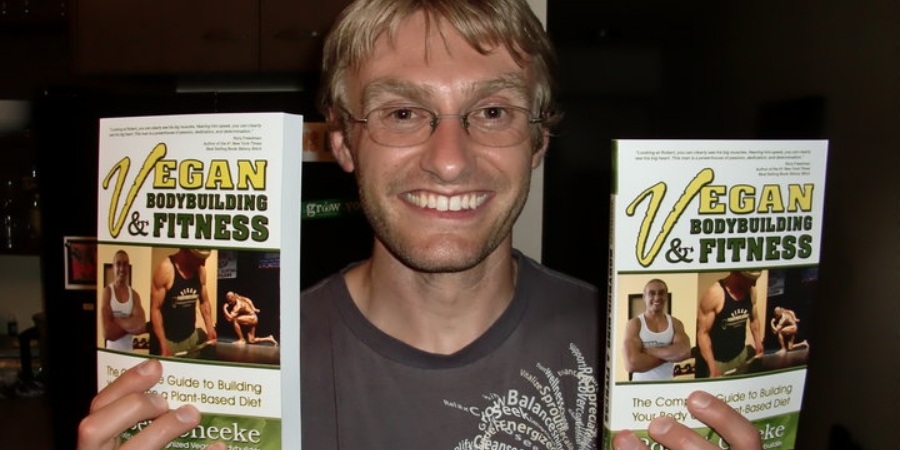 Want to read up and learn more about how to succeed as a bodybuilder on an entirely plant-based diet and vegan lifestyle without meat or other animal products? Because bodybuilding advice often focuses so heavily on diet and that diet advice, in turn, focuses so heavily on the use of meat and animal protein, staying focused on bodybuilding books targeted directly at vegans is the best way to stay on the right path and avoid wasting your time with false information and incorrect advice that doesn’t apply to you.

Vegan-oriented bodybuilding books will cover a lot of detailed information that’s directly relevant to you, including healthy diet tips meals and including protein shakes, workout advice for each and every day to help build muscle and, in the best cases, real fact-based guidance that you can focus on as you tune out the naysayers.

Most of these books are written by people who are, themselves, successful bodybuilders who live a 100% vegan lifestyle, so you know the information is sourced directly from people who are both sympathetic to your situation and living proof of the efficacy of a vegan diet for an athletic life. Of course, every person is different and your mileage may vary with these books.

You might find one author’s writing style preferable to another, or you might find that your specific concerns aren’t addressed with the depth you’d like to see in just one book. For that reason, it’s often a good idea to try out several different titles. These books cover the same general information, but each, in their own way, and you’ll get the most complete information available if you keep an open mind and dive into more than one vegan bodybuilding book.

The books profiled here are among the most popular available through Amazon, making them easily accessible for vegans in any location, but they’re by no means your only option. As you get more involved in the vegan bodybuilding community, you’ll have more friends and peers to ask and find good books on this subject. You may even end up writing your own vegan bodybuilding book to help others get into the sport and lifestyle!

1. Shred It!: Your Step-By-Step Guide to Burning Fat and Building Muscle on a Whole-Food, Plant-Based Diet by Robert Cheeke 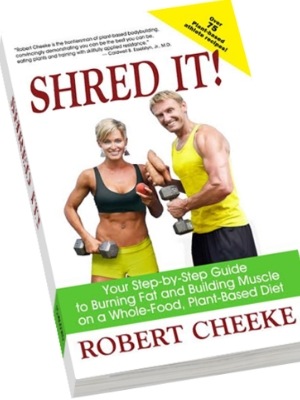 Robert Cheeke is an American vegan activist, multi-sport athlete, bodybuilder, and author. You can read more about him in our Famous Vegan Bodybuilders article, but a basic biography may help you understand why his book is so popular. Cheeke grew up on a farm in Oregon and was inspired by his love for the animals he shared a home with to stop eating any animal-derived foods as a teenager. At the time, Cheeke played multiple sports and he was able to sustain and even enhance his athletic program after becoming a vegan. Having gone through a good portion of his formative years as a vegan, Cheeke understands the foundations that inform this lifestyle and he writes about veganism in an authentic way that is both inspiring and actionable. 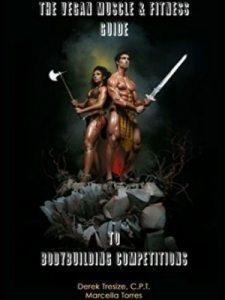 Derek Tresize and Marcella Torres are vegan fitness enthusiasts who operate a personal training studio in Richmond, Virginia. Tresize is a personal trainer and competitive pro bodybuilder as well, giving him firsthand experience with the realities of training as a vegan. With a focus on building lean muscle and banishing fat to get your physique ready for actual bodybuilding competitions, this vegan-focused book is a handy guide for those who are serious about treating bodybuilding as more than just a hobby. While it’s useful for aspiring and current pros, though, The Vegan Muscle & Fitness Guide to Bodybuilding Competitions is a useful addition to any fitness-focused vegan’s personal library.

What is so great about The Vegan Muscle & Fitness Guide to Bodybuilding Competitions is that it takes individual goals, abilities, and dynamics into account, which isn’t always an easy thing for a book to do. There are a lot of customizable tools and formulas available in the book that you can use to determine everything from how long it will take to reach your first goal milestone to meal plans that focus on your target priorities.

You can also find customizable workout plans in the book, making it a versatile and complete guide to the basics of bodybuilding workouts on a completely plant-based diet. This book does touch on supplements a bit but mostly focuses on whole foods. Amazon reviewers praise the book’s specific content and its recipes like lentil broccoli soup that are both tasty and nourishing for athletic activity. Though some reviewers complain that the book isn’t geared toward their demographic or doesn’t contain new insights, others rave about its useful synthesis of information for competitive bodybuilders on a 100% plant-based diet. 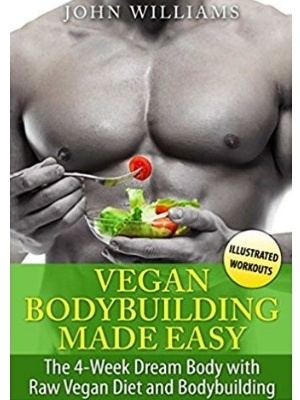 This is a self-published Kindle edition book, so you may want to fact check the information contained inside. Unlike some of the other books on this list, which were vetted and edited by a publishing company, this one was an independent effort by a well-informed author. Still, the information in this book is useful, especially if you’re just getting started out and you want to understand more about how a bodybuilder can stick to a plant-based diet. One major strength of Vegan Bodybuilding: The 4-Week Dream Body With Raw Vegan Diet and Bodybuilding is that it includes illustrated workouts and detailed diet plans. There are only five recipes included, but that may be enough if you aren’t looking for a lot of meal ideas. Plus, when combined with a vegan fitness recipe book, you’ll have all your bases covered.

One word of caution: The title of this book is a bit misleading. If you’re concerned about consuming a completely raw, whole-food diet, you may find some of the advice in this book to be irrelevant to your needs. Soy cheese is among the foods recommended, for example, and this is not a raw food. It’s cold, but it does use ingredients that undergo cooking and processing to reach its final form. However, if you know what your boundaries are and understand the difference between processed vegan foods and whole plant-based foods, you’ll be able to look past the information that doesn’t apply to you and focus on the useful advice instead. 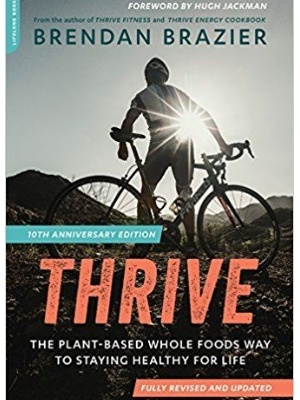 Though it’s not focused on bodybuilding specifically, Thrive: The Plant-Based Whole Foods Way to Staying Healthy for Life is one of the most popular vegan fitness books available and it’s remained a staple of the genre for more than a decade. Endurance athlete and vegan author Brendan Brazier may have different specific goals than a bodybuilder, but his approach to high-performance fitness is one that can inform and support that of a completely plant-based, all-natural vegan bodybuilder. There are 125 recipes in this book, which also includes a 12-week meal plan that can be a great way to get started for anyone who’s so new to the world of veganism and bodybuilding that they aren’t yet sure they can even maintain the lifestyle for long enough to carry out a complete bodybuilding program. If you’re just dipping your toe in the water, you can get started with Thrive and follow the 12-week meal plan as you explore other vegan fitness books that are focused more on your specific bodybuilding goals.

Aside from being a useful examination of extreme athletic performance on a plant-based diet, Thrive is one of the most popular vegan fitness books on Amazon and it has earned rave reviews from vegan converts who say the book changed their life. Some of the science in the book may not be as rigorous as possible, but if you don’t need convincing and are simply looking for a practical guide to being a vegan athlete, then this book is worthwhile for you to pick up. Keep in mind that Brazier is an endurance athlete, so building muscle mass isn’t a goal in and of itself for him. You will likely need to adjust his approach to work for the nutrition needs of a bodybuilder, but when you combine this classic book with some of the others on this list, you’ll get the full picture of what you need to reach your goals.